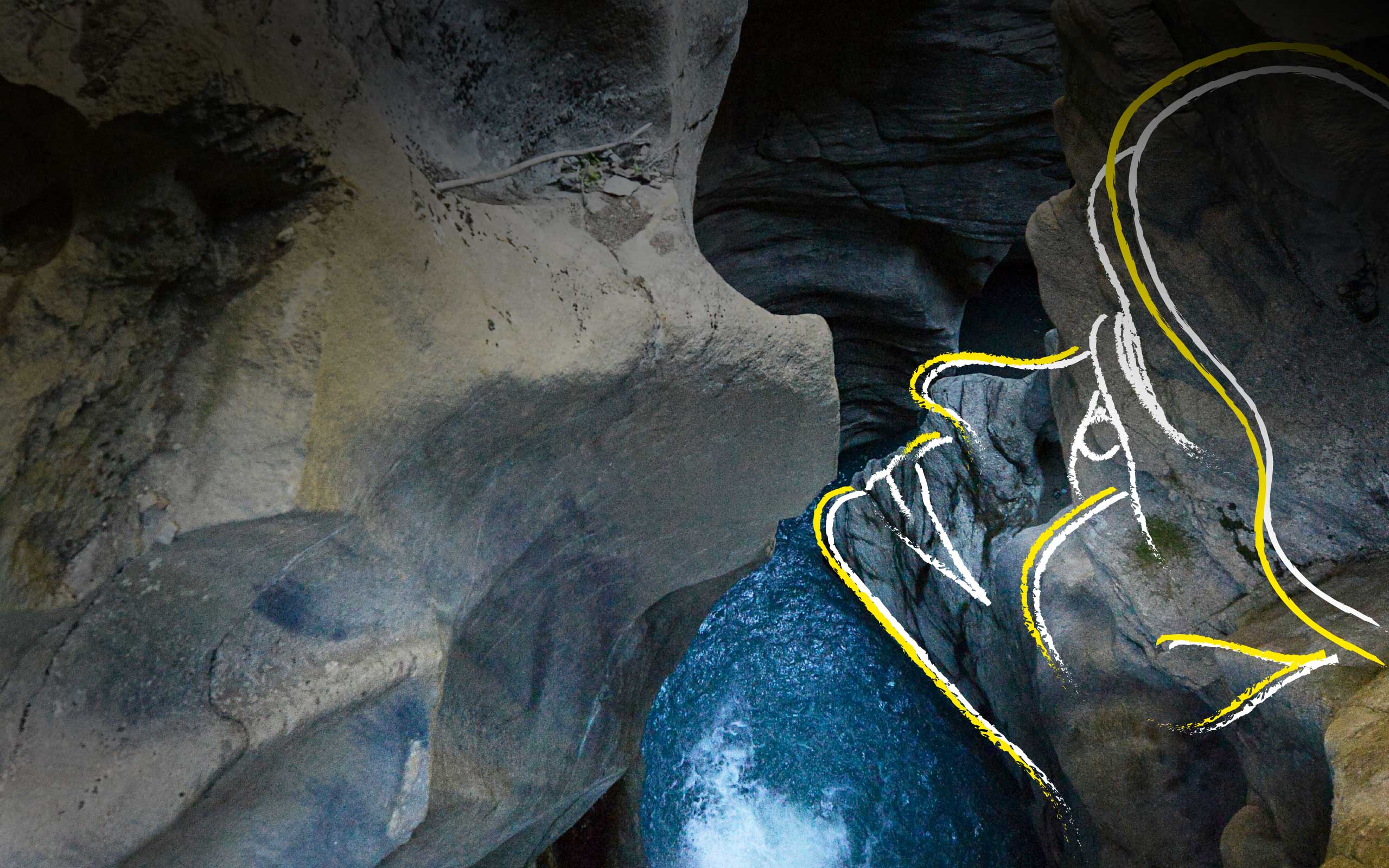 The legend of the nomads of Puntalta...

A face in the rocks

The mechanisms leading to the formation of the Cavagliasco gorge were similar to those that created the giants’ pots. In the glacial era this region was covered by a great mass of ice. Under it meltwater flowed and, through erosion, gave rise to the gorge. Gradually the gorge evolved, peculiar shapes were created and … the face of the old woman appeared in the rocks.

The legend of the nomads of Puntalta

A text by Don Giovanni Vasella tells the story of a family of nomads who, while descending the valley in ancient times, reached the Cavagliasco gorge. They were hungry and eager to get to a village where they could find something to eat. Their old mother, however, kept saying she was exhausted, tired of living and unable to go on. Accepting her wish to stop, however, would have slowed down their descent so her sons became angry at her and threw her down the cliff. Nevertheless, before hitting the bottom she managed to curse the whole family, who was standing on the edge of the cliff. At this point the rocks above started falling and dragged the nomads into the gorge. It is assumed that the legend was inspired by the sight of what appears to be an old woman’s face in the rocks.

The new pathway along the Cavaglia gorge allows visitors to discover new pots as well as wonderful shapes created by erosion. 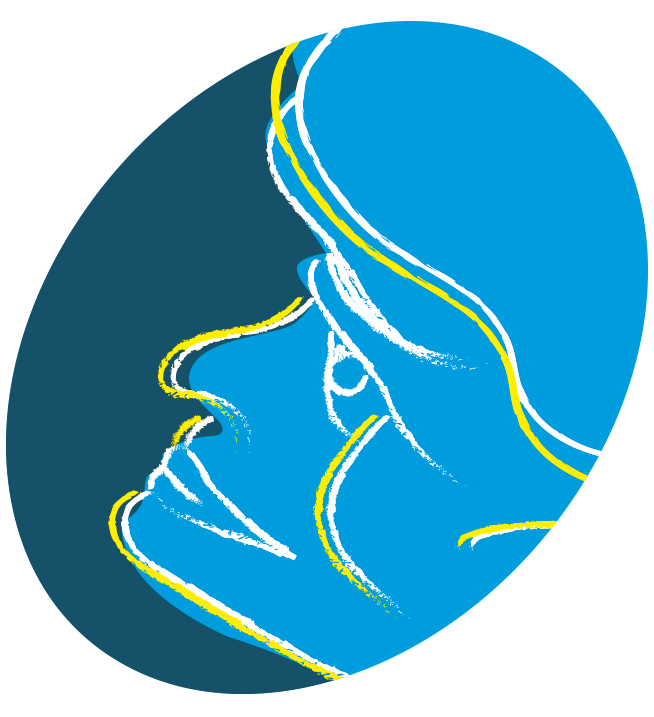 The new pathway along the Cavaglia gorge allows visitors to discover new pots as well as wonderful shapes created by erosion.

Read the original version of the legend 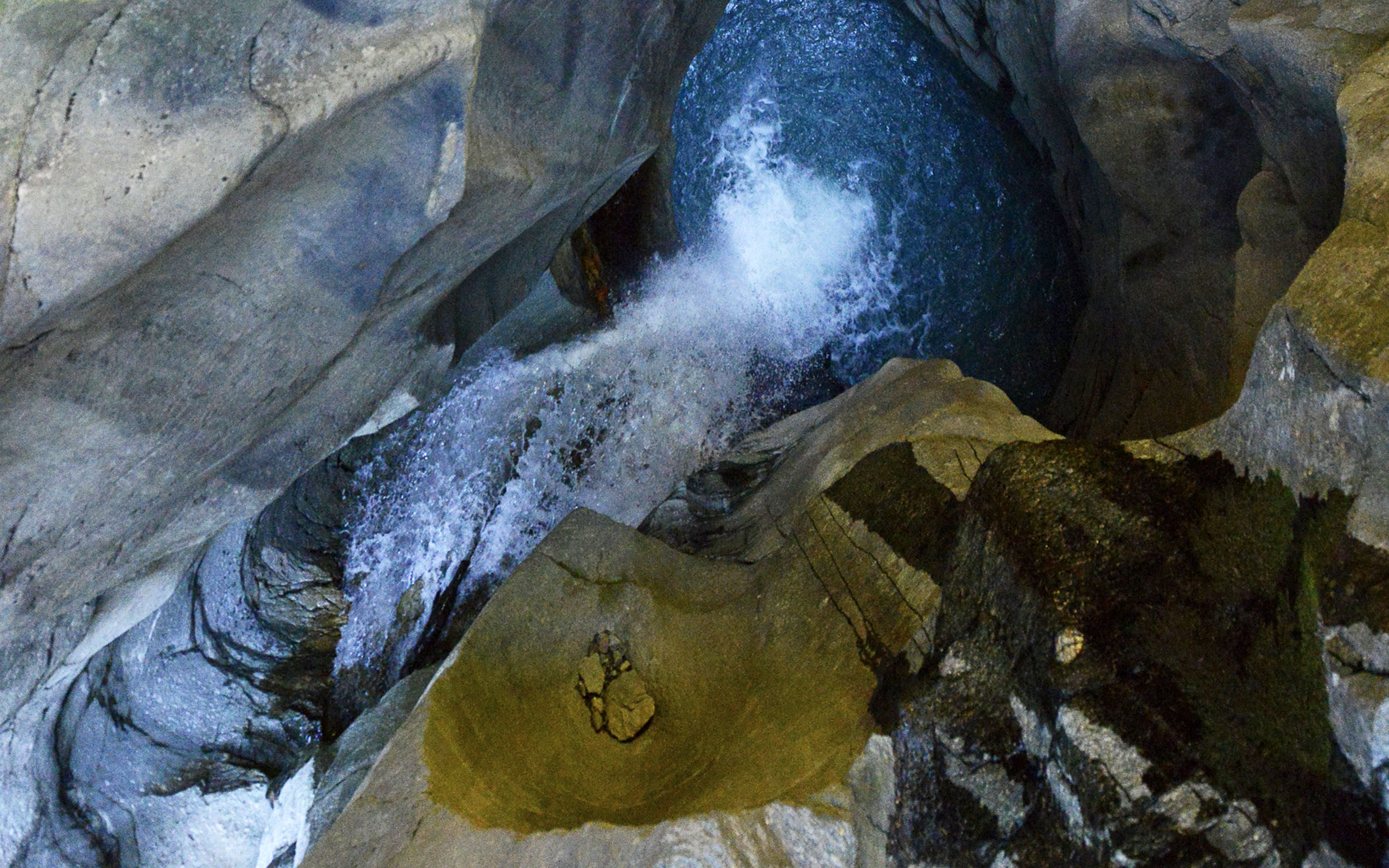